Let’s recall the events leading up to the creation of the Vagabondage, which is the quintessence of anti-marketing. In 2004, François-Paul Journe designed 3 unprecedented watches with a flat Tortue case (patented model), a digital time display and a dial without signature, for the 30 th anniversary of Antiquorum. 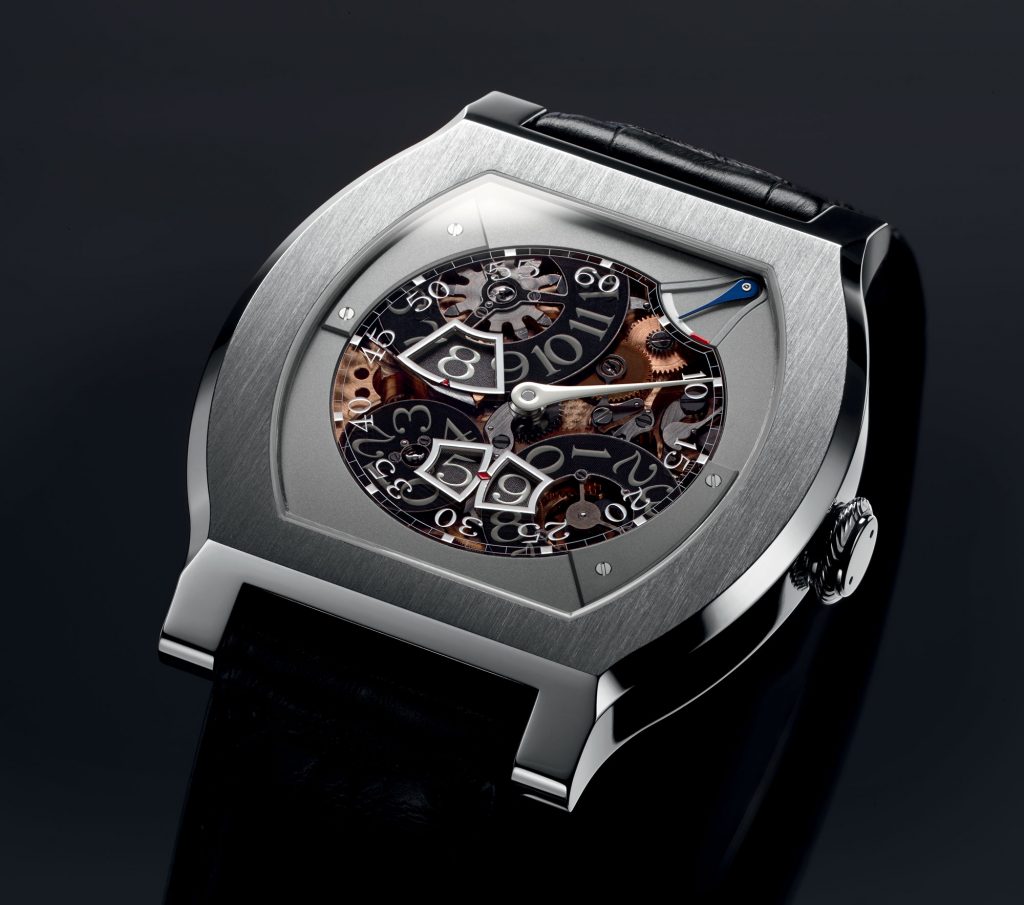 Those 3 watches, one in white Gold, one in yellow Gold, and one in rose Gold, with brass movements, were sold at a charity auction for the benefit of the ICM, research institute for brain and spinal cord diseases (www.icm-institute.org). The watches captured the interest of the public, and sold for three times the estimate.

VI – Digital Hours In the wake of the resounding success of that auction, F.P. Journe launched in 2006 the Vagabondage I Series. The name Vagabondage comes from the fact that the time is indicated by a wandering digital display; the design itself was “vagabond” in that it was created by François-Paul Journe as a satellite creation, in addition to his regular collections. This limited series with a flat Tortue ® case differs from the round cases generally favoured by the brand. It was produced in a series of 69 pieces in Platinum and 10 pieces in Platinum set with baguette diamonds, with a manually wound 18 K rose Gold movement. Even without promotion or publicity, clients went wild. They snapped them up, and the Vagabondage legend was born. 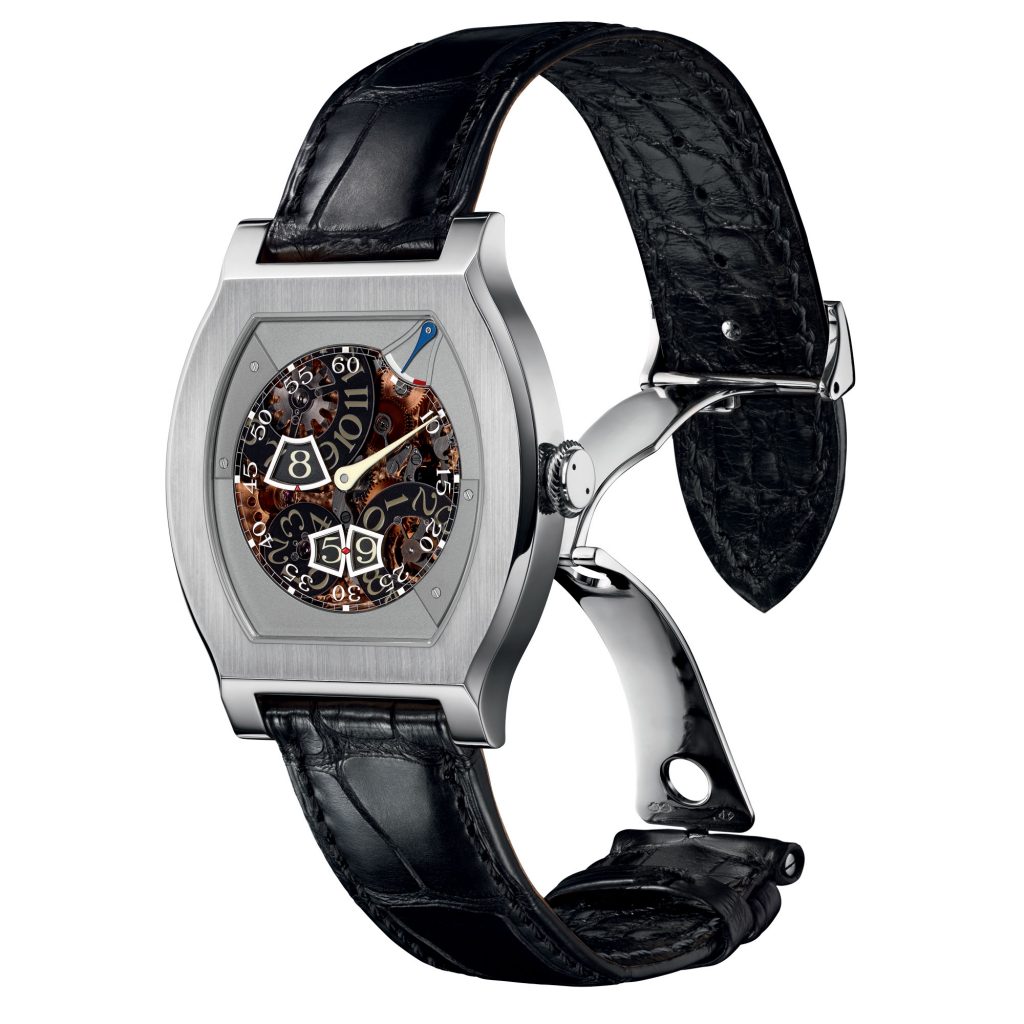 VII – Digital Jumping Hours and Minutes The second Vagabondage edition was created in 2010. 69 pieces in Platinum, 68 pieces in red Gold and 10 pieces in Platinum with baguette diamonds are produced. It has a manually wound movement with digital display, but also features small seconds at 6h and a power reserve display at 12h. The smoked sapphire crystal dial, without the F.P. Journe signature, reveals the 18 ct. rose gold movement. F.P. Journe developed a specific barrel and a remontoir d’égalité, providing better energy management for the instantaneous jump of the minutes and hours. 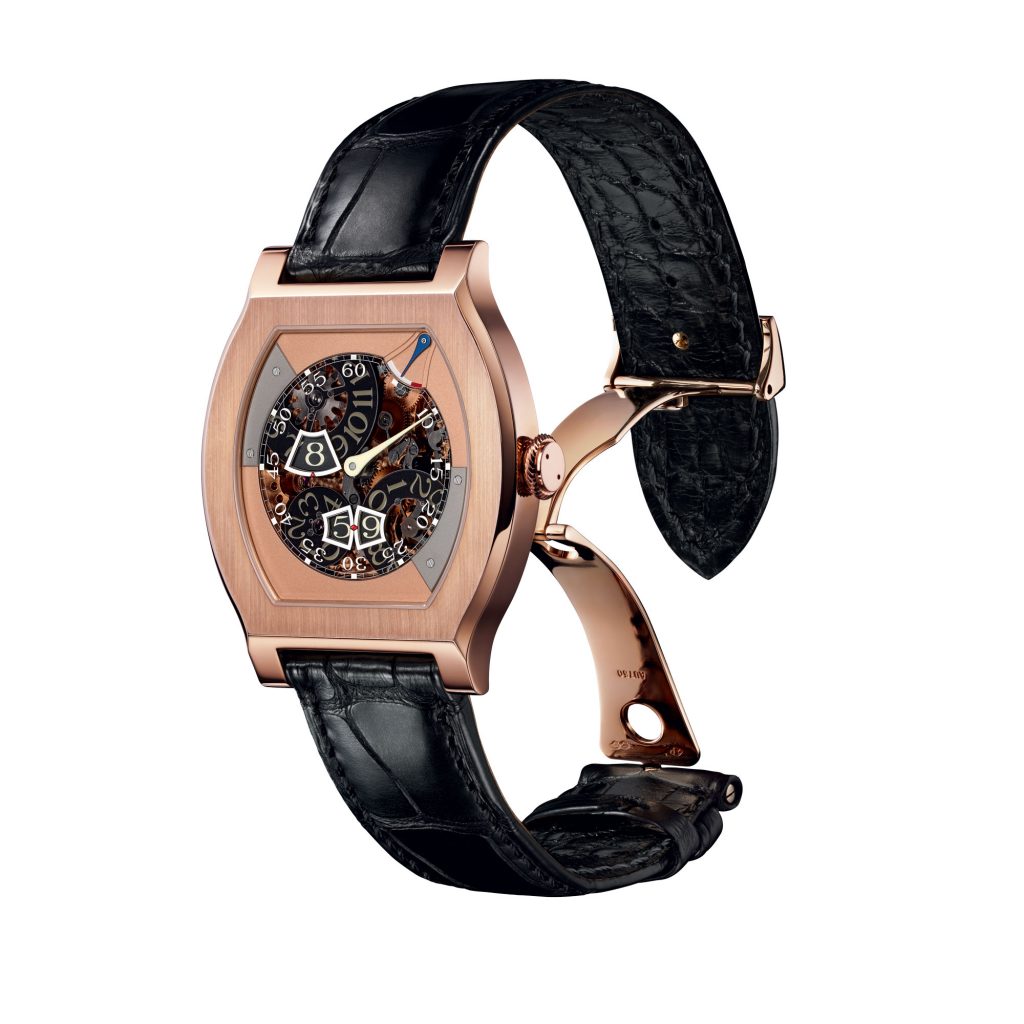 VIII – Digital Jumping Hours and Seconds Collectors have been eagerly awaiting the launch of the Vagabondage III Series. This third edition retains the flat Tortue ® case, the same size as the Vagabondage II, with a manually wound movement with a remontoir d’égalité that advances the time train each second.

The inner smoked sapphire dial, framed by a screwed “appliqué” outer dial, still without the F.P. Journe signature, reveals the 18 K rose Gold movement. A window at 10h displays the digital hour indications; another at 6h indicates the digital seconds; both are framed in white. The central minutes are indicated by a white hand, while the power reserve at 1h features a blued steel hand. 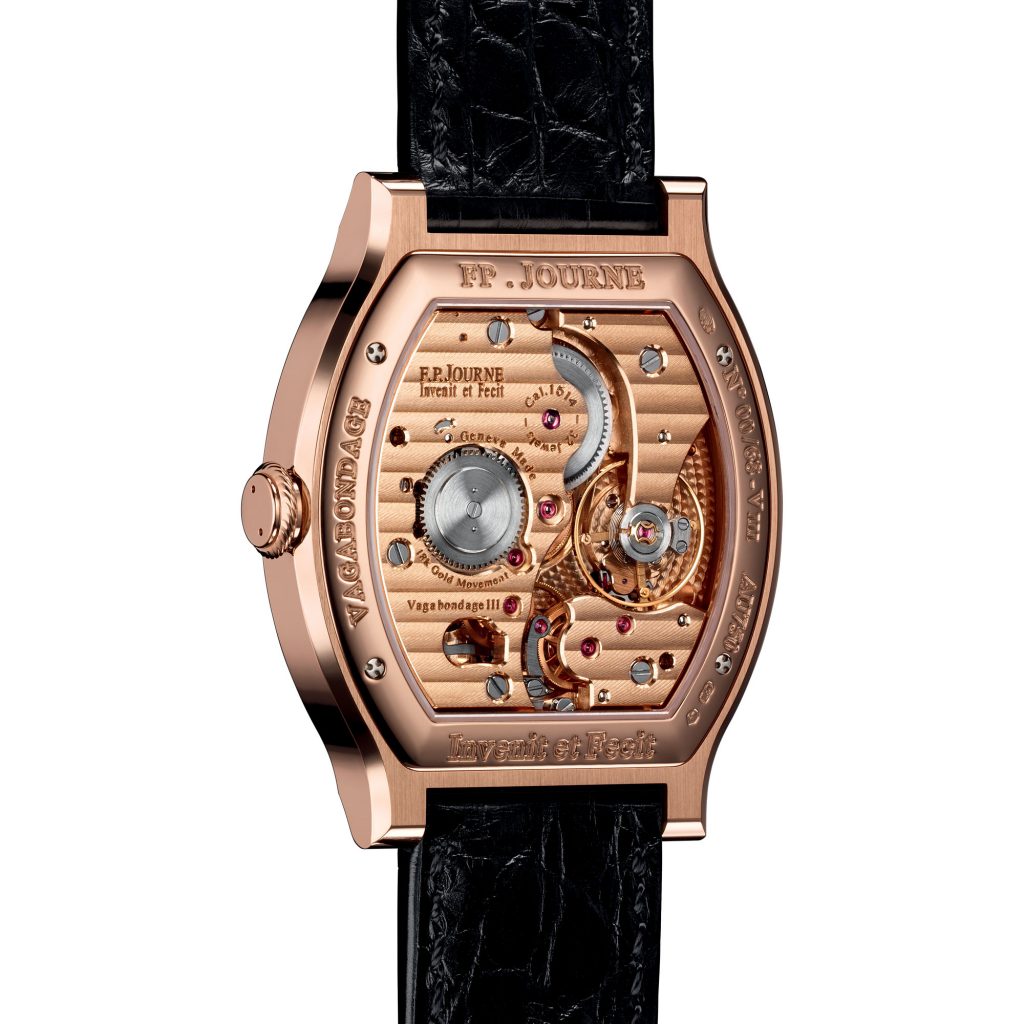 The 3 digital time displays have now been created, making the trilogy complete. Owners of the Vagabondage I and II will be given priority to acquire the watch with the identical limited series number. Collectors may thus complete their own trilogy and possess a part of F.P. Journe’s horological history.

The Vagabondage III Series will be available in F.P. Journe Boutiques and Espaces, as well as authorised retailers. 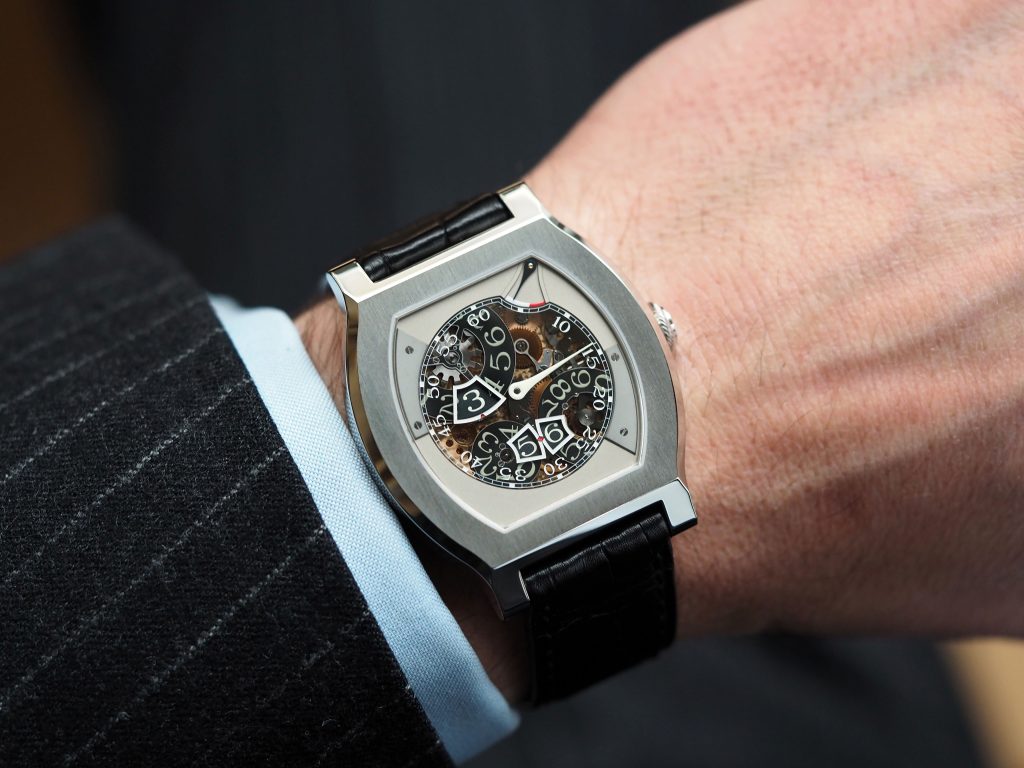 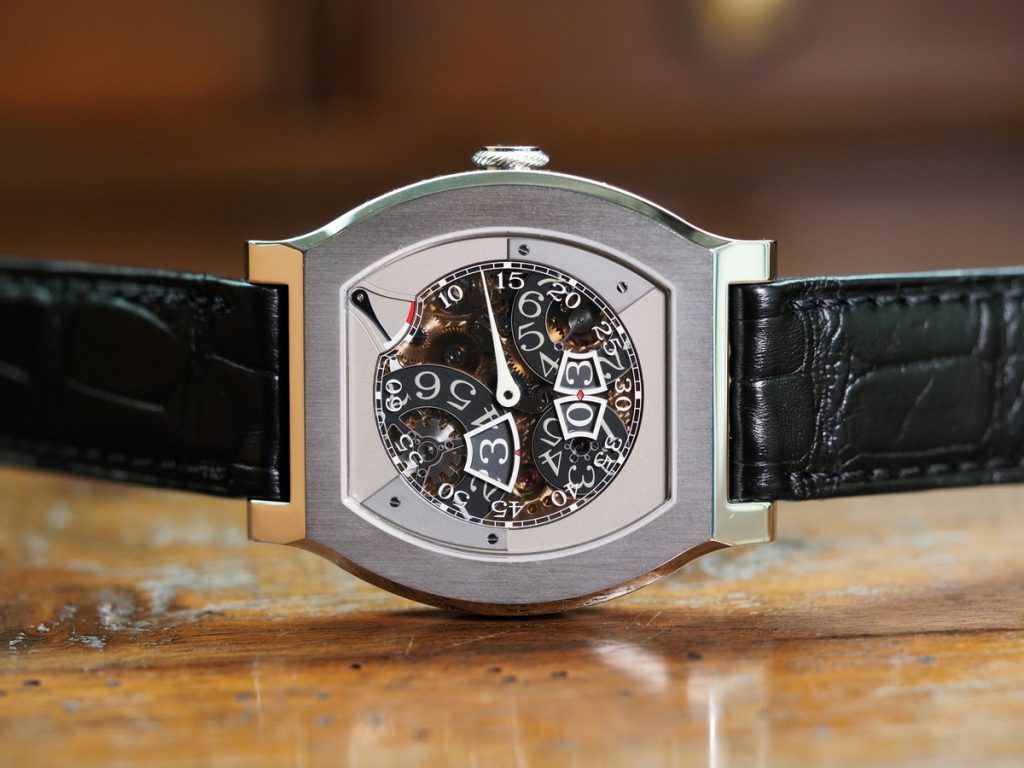 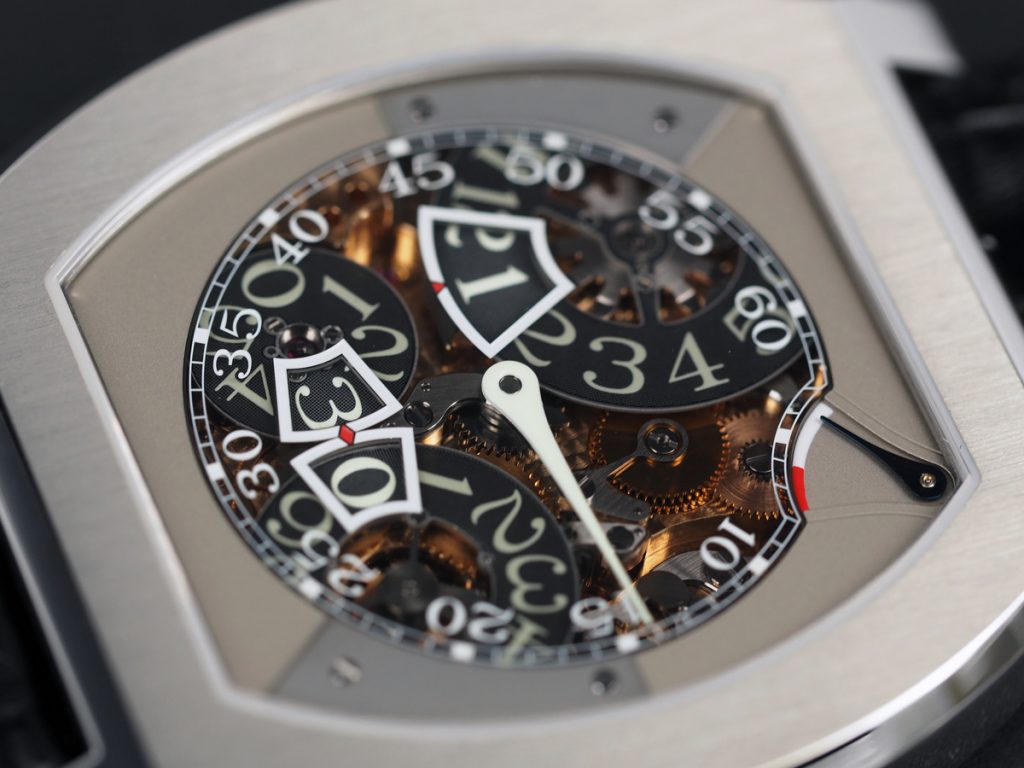 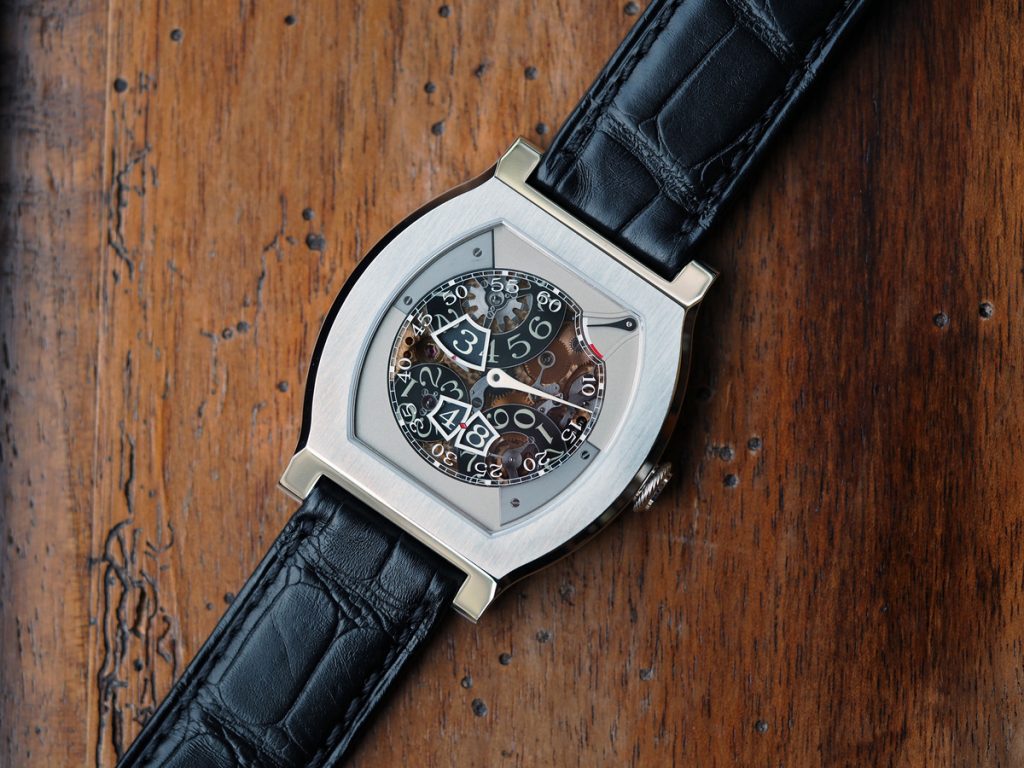 Turkish translation and technical details will be added and can be found on TSF Boards related section thread.